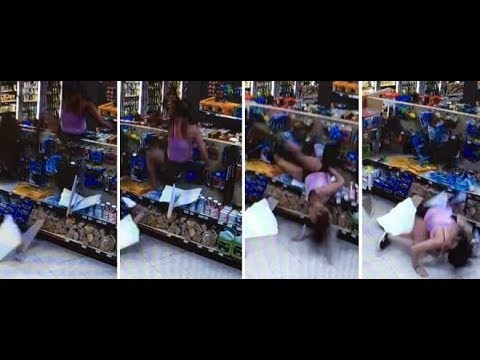 Everything about this video is NUTS!!!

A woman falls through the ceiling of a convenient store, trying to hide from police!

Earlier, an officer tried to contain her and her boyfriend after they attempted to use a stolen credit card. At one point, the boyfriend gets tazed… THEN GETS BACK UP and tries to run again!! While the officer is occupied with him, the girlfriend tries to quietly grab her stuff, go to the back, and climb in the ceiling. Unfortunately for her that was a baaaaaaaad move.

https://twitter.com/ewnreporter/status/1011544823692742656“#Uber #Taxify Protesting drivers say their gathering was peaceful through the CT CBD, until traffic cops impounded one of their…